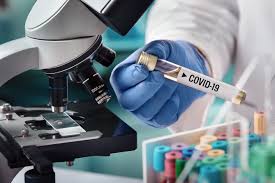 The year 2020 came with a surprise, a hard punch in the face of the world, locking it down with the pandemic, bringing life to an immediate halt! From large industries to general sectors, nothing steered clear of the effects left behind by Covid-19.

Developed countries like China have claimed to taken over the pandemic. But recently, the country has reported the emergence of new cases.

Hence, people are confused, will the virus ever go away?

New researches in the past few weeks have unlocked new mysteries, making assumptions that make it even scarier and deadly. Scientists and health workers from all over the globe are putting in all their energies to come closer to what actually is “Corona Virus”. They are conducting in-depth studies while putting their lives at risk just so that people around the world can be cured of it.

According to the latest research reports, shocking new symptoms are emerging in patients testing positive for Covid-19. Vomiting, loss of smell, loss of taste, and redness in the eyes are becoming common while fever and flu are taking the back seat.

Also, as per the health scientists, Coronavirus is changing its course rapidly. Where previously it was known of damaging the lungs only in most patients, today new cases have shown the virus attacking other organs of the body including brain, heart, and kidneys.

So, if you’re wondering why such a young person in your neighborhood died of a sudden cardiac arrest, it could have been corona behind it.

The death toll in countries like the USA is still on the rise, not because people aren’t following the SOPs but because this virus is still new to the world, leaving unanticipated marks behind. But, on the other hand, studies conducted by Jared Bullard at the University of Manitoba, Winnipeg, Canada suggest that a person who has contracted corona-virus may not be able to infect other people if he has shown no symptoms for the initial 8 days.

But then again, no one is still sure of this virus can do.

As for the cure, no antibiotics or vaccines have been developed to date that can fight against the cure, but an alternate method of plasma transfusion has been showing some positive signs.

The health field workers are working seamlessly hard day and night to understand all they can about this deadly virus which is affecting millions and killing hundreds over the globe. Until a cure is found, people are advised to stay home, stay safe because this virus can attack you irrespective of the age, as in USA reports of infants and toddlers dying from this virus has made the headline.

The corona-virus has evolved over time, making it harder for scientists to understand it. Thus, according to these front-line warriors, it may take them a few years to completely understand all about Covid-19, develop a vaccine and get rid of it. but tests vaccinations are on the go, praying something comes up soon so the world can get rid of it, sooner than later.