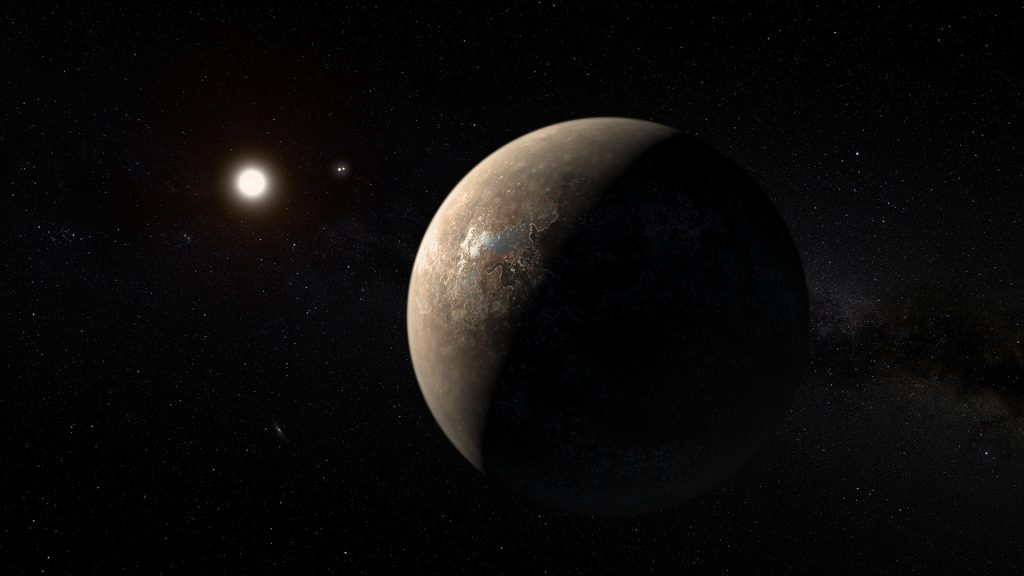 An international team of scientists confirms that there is ‘An Earth’ closest to our nearest star ‘Proxima Centauri’. The planet is about 4.2 light-years away from our planet Earth. It could be home to alien life if it has water and oxygen.

The scientists are calling this planet ‘Proxima b’ which has a magnitude of 1.17 Earths. According to Astronomy & Astrophysics newspaper, the planet is in a livable zone of Proxima Centauri, which our planet circuits every 11 days.

An astronomer, Mikko Tuomi, from the University of Hertfordshire first revealed the planet’s existence from archival observation data. With continued research, it is believed the planet could probably support alien life.

A scientific instrument ‘ESPRESSO’ which is installed on a telescope helped to detect this planet by measuring radial velocity, in Chile. It is much accurate than the instrument which discovered the velocity of Proxima Centauri.

A star moves back and forth due to gravitational pull when the planet orbit around it. Due to the Doppler Effect, this tiny wave changes the observed light of the star. Which can be identified with hypersensitive instruments.

The researchers discovered the presence of the planet with a small disruption in Proxima Centauri’s speed using ‘ESPRESSO’. The term stands for ‘Echelle Spectrograph for Rocky Exoplanets and Stable Spectroscopic Observations’.

‘This instrument measures the mass of the planet with an accuracy of over one-tenth of the mass of Earth’, stated Michel Mayor. He is a Nobel Prize-winning astrophysicist who also stated that it is ‘completely unheard of’.

Unless new technologies are developed, NASA estimates it would take nearly 73,000 years for us to reach the planet. And the distance is about 4.2 light-years from the sun.

Some methods to reach this planet have been considered, some of which include fusion rockets, and laser sails.

A professor of Astronomy Francesco Pepe said, ‘We were happy with the performance of HARPS which helped discover many exoplanets.’ Now they are pleased that ESPRESSO can produce even better results.

An author Alejandro Mascareño said that the most remarkable planet known in the solar neighborhood is Proxima b. He also said that proving its presence was a vital task.

Researchers said there is a lot of work to be done before proving that it could harbor life.

The Truth About Proxima B

They believe that Proxima b receives comparable amounts of energy due to its very short distance to the star. Its distance is 20 times nearer to its star than the Earth is to Sun.

Repeating rhythm sounds have also been identified by the astronomers, coming from distant stars. They find it very jumbled just like listening to a cat walking on a piano.

Using data from NASA’s TESS mission allowed scientists to understand the structure of the noise. They refer to it as listening to nice piano chords.

The research team also found evidence of another planet through the second signal in data. But were unsuccessful to discover its origins. The scientists also believe that this potential second planet could be the smallest planet ever measured.