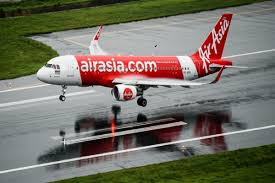 The pilot, Gaurav Taneja, who was suspended by Air-Asia, an Indian Airline, has raised 3 issues. These accusations may set a precedent.

Pilot Taneja, who goes by the name Flying Beast on social media. He alleged that Air-Asia had compromised the safety of passengers, pilots, and aircraft. He pointed out these violations and was suspended.

The airline refuses to comment and says that Taneja has made it a social media talk though it is an internal affair. He posted a video talking about all the accusations and was trending the whole day on 15th June.

That video got 3.1 million views in just under 24 hours, Which forced DGCA, industry regulator, to step in. The regulator said that the inquiry has started and necessary actions will be taken at the end of the investigation.

Taneja said, ‘The job of the pilot needs an excellent level of physical and mental fitness’.

One of the allegations made by the pilot was that Air-Asia India discourages pilots from taking a sick leave. To which other pilots also agreed.

A correctional action is taken against those who ask for sick leave in the form of a lower bonus. Taneja also said that despite being sick he could go to any other job.

Amidst COVID-19, the SOP’s issued by the government was not being followed. Because of which he was forced to delay the flight by 40 minutes.

A senior executive from the industry says, ‘Pilot is obligated once the aircraft’s doors are drawn, until then it is the duty of ground handling team to manage’. Some other executives agreed to this point while some did not.

Another point which the pilot put forward was about the landing ‘FLAP 3 OR FLAP 4’. Flaps on aircraft’s wings are used during lading or take-off, to create resistance in the speed of the craft.

Almost all the airlines advise their pilots to use FLAP 3 mode as it saves about 8 kilos of fuel. Air-Asia India had made it compulsory to do FLAP 3 landing.

Taneja alleges that he did 70 percent FLAP 3 landings and the remaining he did FLAP 4, where the landing is complex, in one specific month. He asks should he have compromised on traveler’s safety to save fuel.

With industry’s dissent views, A senior pilot says that FLAP 3 landing is done all over the world. The company is not wrong in asking for FLAP 3 landing.

Some other pilots pointed out some airlines set a target for FLAP 3 landing. A senior pilot says, ‘If you plan your descent properly, you can save more than 100 kilos of fuel’.

Expert says, ‘Raising accusations against their employer, on social media, may not the idealistic way’.

From an HR point of view, ‘ Talking publicly about an organization risks the company’s reputation’.

This is for sure a rare event, where the industry official has made a public argument on a pilot’s suspension.