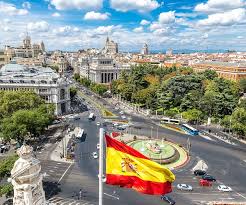 Corona has affected the world, killing hundreds while affecting millions. Although the pandemic originated from Wuhan, China, the most deaths were soon reported in Europe.

One of the countries that till date is most affected by Covid-19 is Spain. Sadly, 28, 322 people lost their life to the deadly virus. This number is third highest in the entire Europe. To control the spread of the virus, Spain was under one of the toughest lock-downs in EU.

As soon as the country realized the severity of the situation, Spain completely locked itself down. The PM order to close the borders put a stop to trading and people to be quarantined inside their houses.

The step seemed drastic but was necessary. About three months ago, the Spanish Prime Minister, Pedro Sanchez stated that the lock down became a necessity. If not practiced, soon the country will die.

Now after three long months of struggle and battle, Spain has finally successfully controlled the virus. Over the past few weeks, no new cases have been reported by the government.

Thus, this is why, the government has decided to re-open its border and welcome tourists in the country.

Spain is one of the most popular tourist countries. It normally welcomes 80 million tourists a year. Thus, tourism makes 12% of the country’s GDP, proving it to be the backbone for prosperity there.

Since the country has decided to re-open borders, it doesn’t mean giving a free hand to all. The country will still follow the typical SOP’s, which includes taking temperatures at the airport for people traveling from other places.

As for the locals, they can now enjoy traveling through the country with restriction.

But even then individuals need to practice social distancing. Those visiting public places are bound to wear masks and gloves. Moreover, stand at a distance of 5 feet from one another as a precautionary measure.

As stated by PM, Pedro Sanchez, “We must remain on guard and strictly follow protection and hygiene protocols”.

Although, the country has reported no new cases, but still, precautions must be taken. Following SOPs is necessary to avoid a new wave of the virus that can affect millions again.

Since Spain has lifted the travel ban, it is still entertaining fewer international flights. The Adolfo Suarez Madrid-Barajas airport, which is otherwise full, seemed relatively empty and calm.

Travelers who were stuck in Spain amid the lock-down, were now able to find flights back to their respective countries, which made them excited.

It has been a few weeks since the country has eased on the lock-down. A few restaurants and bars were seen operating in full swing, while others still wait for tourists.

Opening up the borders just before summers, high tourism time does seem a good idea in terms of GDP growth and earning. But one needs to question, has the world successfully gotten rid of Covid-19? Is it safe for travelling now?

Whatever the outcomes be, those searching for a place to spend their vacations, Spain is all open now!