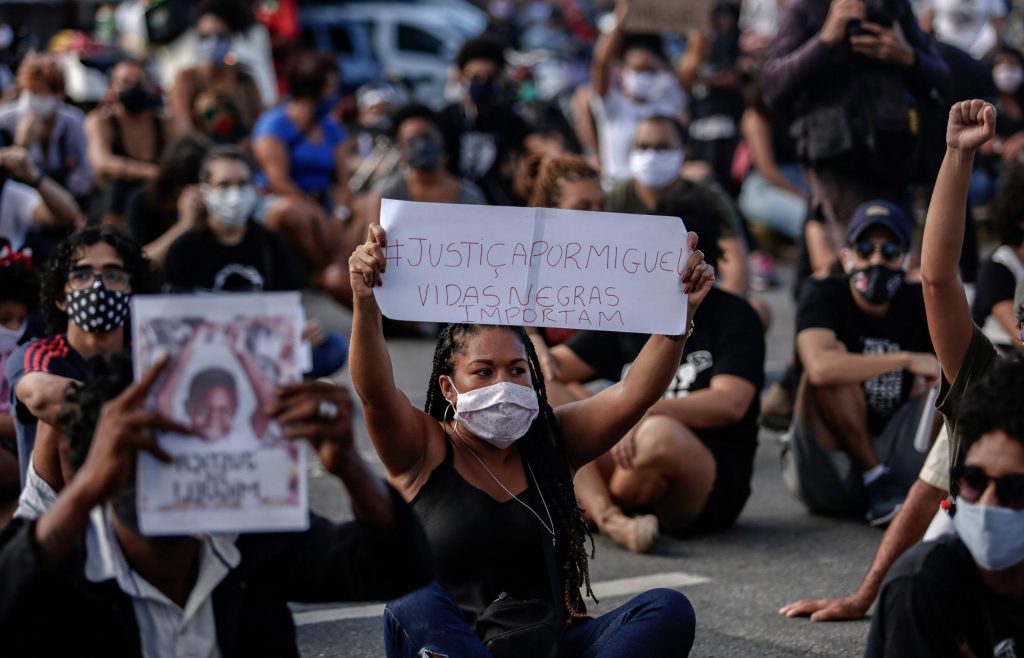 Mirtes de Souza took Miguel, her 5-year-old son, to her workplace at an upper-class family home. There she is a household wage earner in the northeastern Brazilian city of Recife.

Her employers wanted her to still show up at work as all the nurseries and schools are closed due to the corona virus pandemic. Mirtes had to take the house dog for a walk so she asked her ‘white boss’ to keep an eye on Miguel.

Returning from the walk she discovered her son on the ground floor. Apparently fallen from the building. The baby was alive when he was taken to the hospital but unfortunately could not endure the fall and died.

The Investigation and Arrests

The police had to be called in for the investigation and with the help of CCTV cameras. The images where retrieved which showed the ‘white boss’ placing the child in an elevator and pressing the button. The button was leading the elevator to the top floor.

Later it was deduced that the baby fell from the ninth floor after crawling to an insecure gallery with air-conditioners. The boss, ‘Sari Corte Real, was indicted with manslaughter and was arrested.

Police say it is a possibility that the baby did not fell from the ninth floor all on its own but was pushed. Corte Real was later bailed after she paid $4000 US dollars (20,000 BRL).

This incident, creating a huge spark of outrage on social media. It is being considered as another example of racism that the black citizens of Brazil’s having to go through.

This case has gone viral on every social media platform after the protest for George Floyd’s death. In an interview, Mirtes said, ‘If it were me my name would be on the headlines, but his cannot be in the media.’ She also said, ‘You cannot do that, leaving a child in an elevator.’

The News Came As A Shock

Miguel’s death became national news. Brazil was the last country to abolish slavery in 1888. Which reminds the Brazil’s raging corruption and inequality and its universal racism against black citizens.

Poor Mirtes had to keep working despite the COVID-19 cases increasing rapidly every hour of the day. The first death registered in Rio de Janeiro was because of corona virus. The victim was also a domestic worker who cannot ask for leave to provide for their family.

Any strict action against Sari did not take place as she belongs from a long-established political family in the state of Pernambuco. Her husband, Sergio Hacker, is the mayor of a small town ‘Tamandare’.

During the investigation, it was discovered that Mirtes was hired as a ‘public employee of Tamandare’ and was earning more than a standard minimum wage in Brazil. But Mirtes denied and said that this also news to her and she was not hired for such position.

The case is still under on-going investigation. Protesters streamed to the building where Corte Real and her family lives and few people also laid down on the street to recall how the child died.