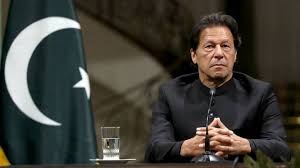 The government will incrementally increase shelter homes in Pakistan, declared by Imran Khan, on Monday. He also promised that transparency will be guaranteed in the relief and ‘Ehsaas’ programs.

He said, ‘People start delivering food themselves to shelter homes.’ And claimed that Pakistanis are generous and passionate in their aspiration to provide. The government only must promise the support of the public.

Safety of neglected divisions is the responsibility and highest priority of the government says, PM. Spots will be identified where shelter homes are needed. And routes will be set up to allow sponsors to offer support.

Relief for The Underprivileged

Dr. Sania Nishtar took initiative and decided to revive the construction division, for the situation in Pakistan not being ‘as bad as in India’. She was also appreciated by the prime minister for her work on the Ehsaas program.

She repeated that the government’s challenge is to ensure that the SOPs are being followed. While at a similar period the wheels of the economy should keep moving to control the spread of COVID-19.

Those areas that are identified as virus hot spots. COVID-19 Tiger Force is active and have been reaching out, says the PM.

Experts have studied the tendency of viruses that it spreads. It then peaks after a few weeks, and then the curve will flatten.

Imran Khan says while addressing the nation, ‘The objective of flattening the curve is to lessen the pressure on hospitals.’ He added, ‘The pandemic can be easily tackled if the SOPs are followed accurately and precautions are carried seriously.’

In a video statement, Federal Information and Broadcasting Minister, said, ‘Imran stated his desire for development projects to be soon introduced in the state’.

To reassess development improvement in former Federally Administered Tribal Areas (FATA), a meeting was held by Imran Khan. According to Faraz, the Prime Minister needs improvement work in the region to be commenced as soon as possible.

On Thursday, the Prime Minister told Naseemur Rehman (from shelter homes), ‘Our concentration is fixated on the destitute people during difficult times’.

Minister Faraz also quoted the PM as saying that the people and the youth of FATA are dear to him. He included that the federal government has distributed the funds allocated in 2018 in this interest.

He said board has been established to synchronize with other provinces and ensure the availability and publication of remaining funds.

The minister said that PM Imran expressed his wish for the ‘sacrifices’ of the people of FATA. Regarding countering terrorism, being recognized.

Imran Khan also paid a surprise visit to a shelter home Tarlai Panah Gah ‘a project close to his heart’. The videos of him interacting with the people at shelter homes are spreading all over social media.

To verify the best services for the people at shelter homes Prime Minister Imran Khan examined the shelter home. And his concern for the oppressed masses of the society earned him admiration on Twitter.