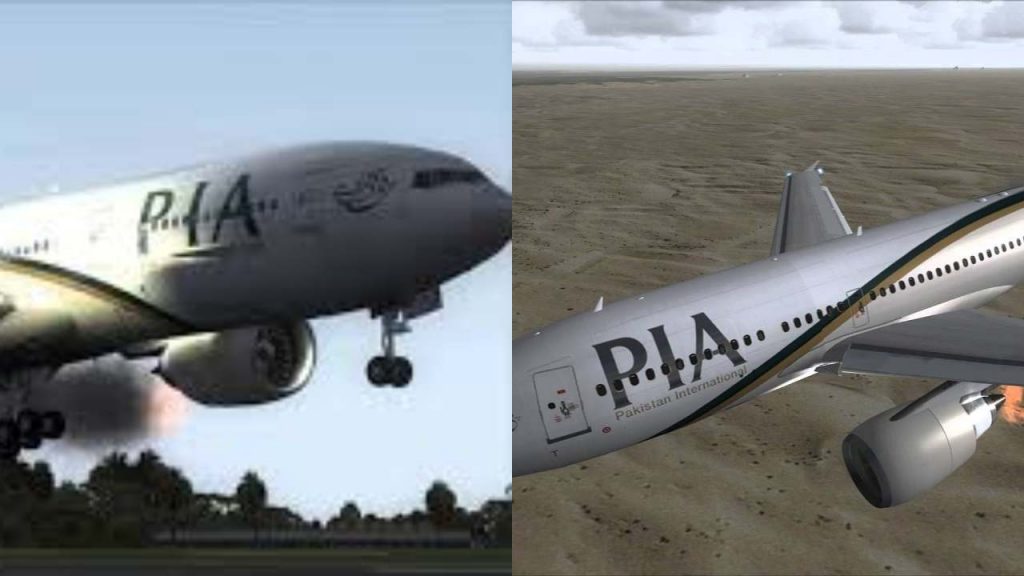 Killing 97 people, PIA flight 8303 crashed near Jinnah International Airport in Karachi. In May, during the investigation into Pakistan International Airlines (PIA) crash, this outrageous evidence came into light.

The investigation report said that pilots were not thoughtful through sensitive parts of the landing process. They repeatedly ignored warnings from Air Traffic Controllers (ATC) and continuously talked about the COVID-19 epidemic.

Ghulam Sarwar Khan, the aviation minister, while speaking to Pakistan’s National Assembly said, ‘262 of the 860 effective commercial airlinep pilots in the country did not take the certification tests themselves’.

It was reported that the pilots paid others to pass the exam for them. A shocking news uncovered during the investigation. Khan added, ‘They play with human lives and don’t have any flying skill whatsoever’.

In a statement, the airline said, ‘PIA pilots with unlawful certificates have been grounded by the company’. It was also reported that there were 860 pilots who flew for the country’s leading transporter ‘PIA’.  As well as low-cost national airlines and international carriers.

Abdullah Khan, an airline spokesperson, told CNN, ‘PIA accepts that pilots with forged authorizations are spread across the whole Pakistani airline industry and not just in PIA’.

After the investigation process, it was not instantly obvious whether the pilots engaged in the collapse had authentic pilot licenses.

According to CNN, Khan, the aviation minister, said, ‘The pilots were not attentive and remained discussing throughout the flight about how their relatives were disturbed concerning COVID-19’.

Ghulam Sarwar Khan added that the aircraft was too high. The captain did not pay any attention to the instructions. Despite continuous orders by Air Traffic Controllers (ATC) to terminate their landing attempt.

The pilots continued with the attempted landing. They disregarded the instructions from ATC and were unsuccessful to accurately lower the landing gear.

The collision description stated, ‘The airplane tapped the runway surface on its engines, causing sparks and damage. The pilots then rose back and decided for another attempt. Unfortunately, the damaged engines were unsuccessful to climb back and failed, causing the crash’.

Pakistan’s airline industry has had a patchy security record over the years. With numerous incidents involving the crash of PIA PK-661 in 2016. There were 48 people on board including Islamic preacher ‘Junaid Jamshed’ and his wife.

It was an unfortunate event. The pilots were left unaccounted for and the cause of the crash was blamed onto the engine failure.

PIA Chairman Azam Saigol told reporters, ‘An urgent call from the pilot around 4:15 pm was made to ATC. And within minutes a mayday call was heard from the pilot’.

DNA tests had to be conducted to identify the burnt beyond recognition of dead bodies. Saigol added, ‘Ruling out any human error, it was a perfectly sound aircraft’.