The number of deaths due to corona, in the last two weeks, among black people has increased five times.  Infected with corona virus, federally established several black Brazilians rocketed from 180 to almost 1000.

During the same period of the last two weeks, the death percentage was much lesser for the white Brazilian residents as compared to the black population.

The Corona Death Game in Brazil

President Jair Bolsonaro announced to keep the economy open. And underestimated the severity of the corona virus since the very start of the pandemic. Now the country stands in the list of second highest cases of corona globally.

In Brazil, by June 18, the total deaths from corona virus has reached to 46,842. Now the local governors have decided to implement quarantine rules.

The hospitalized black Brazilians have emphasized the problems of racism and inequality.  Here, one in three black patients has died from difficulties as compared to the white people which is one in 4.4 deaths.

Agencia Publica, a Brazilian journalism agency, carried out an analysis and the above data was discovered from the Ministry of Health. And the figures were published by the federal government.

Brazil’s biggest city ‘Sao Paulo’ has recorded an increasing number of death rates due to corona virus in the area with many black populations.

Out of the ten highest death rate areas, eight have the population of black people according to Agencia Publica.

The Black Vs. White Death Rate

Almost 103 patients have died from corona virus in an area called ‘Brasilandia’. An area with the highest number of deaths so far and is recognized as the zone of 50 percent black population.

The public health system has failed in the state of Amazon. Black patients who are highly affected by corona virus are dying more than the number of white patients.

The state was the first to set maximum intensive care units (ICU) for corona patients. Yet, the rate death rate among black community is higher as compared to white.

According to reports, the inequality and racism in Brazil is at its peak today.

the reason behind rising black deaths in Brazil is still unknown. Authorities are investigating to find the root cause. 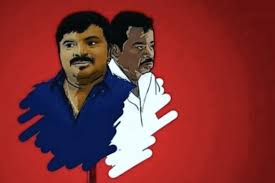