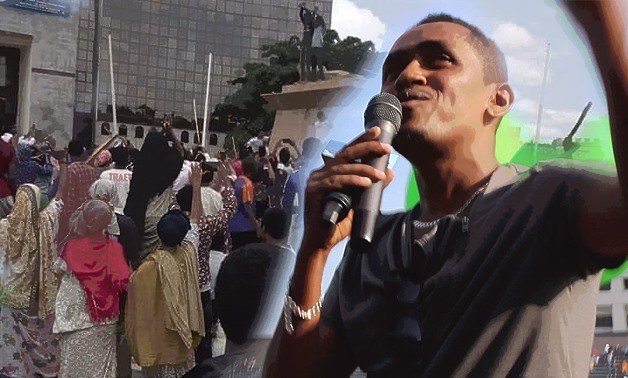 Famous Ethopian singer, Hachalu Hundessa was gunned down a few days back in his home town. Before help could reach him, he died at the spot.

His murder has led to ethnic unrest in Ehtopia. People have gathered to demonstrate and demand justice for the deceased.

It has been day’s singer Hachalu was murdered in broad daylight. Still, the motive and culprits behind the killing remain unknown.

According to police chief, 145 civilian and 11 officers were killed during protests in Oromia alone. Ten more were killed in Addis Ababa, the capital of Ethopia.

Hachalu was loved and seen as a hero in Oromia. Thus, his murder has caused uproar in there.

It is said that before he was killed, the singer was receiving multiple death threats.

The singer’s songs focused on the rights of Oromo people, the biggest ethnic group in Ethopia. He chose his words wisely and worked to earn respect from the community.

His songs were also used as anthems against the government back in 2018, which led to the prime minister removal from the house.

As per latest figures by deputy police commissioner, Girma Gelam, 167 protestors sustained serious injuries while 1,084 have been arrested.

She also added that the situation is now under control.

PM Abiy Ahmed, an Oromo took over the government in 2018. He said that the killers of Hanchalu wanted to stop his reform programs. But his legacy will move on!

Hanchalu was put in jail at the age of 17. This was because of his political views and support for Oromo community.

He always stood at the forefront to demand rights for his people, which ultimately made him a hero in the eyes of Oromo people.

While serving his time in jail, Hanchalu learned to write lyrics and create melodies. Once he bailed out, the singer focused his energy on demanding rights for the people through his words and soulful voice.

Although the singer wasn’t a politician, but had firm political views! He used his vocal to bring reforms in Ethopia, where his sings were used as anthems during protests.

Hanchalu Hundessa’s murderers are still on the loss and motive unknown. Oromo people will continue demonstrations until justice is served for their hero!