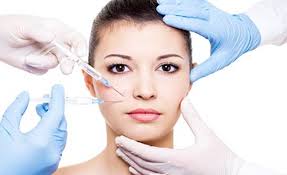 During the corona virus pandemic, cosmetic surgery clinics all around the world reported that there is a high demand for plastic surgeries among the people today. As they can cover their treatment behind a mask or when they work from home.

Taking strict measures into account and following the SOPs, many plastic surgery clinics have remained open during COVID-19. Regular cleaning and corona virus tests are being done for the clients for the business to carry on.

The most common treatment people desire include lip fillers, Botox, facelifts, and nose jobs. People coming for such treatments are seen in the clinics in Japan, South Korea, the US, and Australia.

A patient, Aaron Hernandez, had recent surgery for lip fillers and buccal (cheek) fat removal in Los Angeles. He told the BBC, ‘I decided to get surgery during quarantine because it allowed me to heal at my own place’.

‘Getting such treatment may look different as most men do not prefer. Therefore, I favored to stay home.  No one will find out what work I had done because when the lock-down lifts, I will have already recovered fully’.

He also told the BBC that last time he got such procedure his lips were extremely swollen and bruised. So, he was extremely embarrassed to go out in public for work.

In Texas, a cosmetic surgeon Rod J Rohrich told the BBC, ‘There were a lot more patients than normal. It is pretty remarkable, if we wanted to, we could probably operate six days a week’.

He also said that when considering surgery, people would have to think about the recovery days. But during quarantine, this does not need to be reflected.

A well-known country, South Korea, for its cosmetic surgery did not enforce lock-down but had a social distancing plan with people encouraged to work from home. The country is among those where the first cases of corona virus were seen.

As far as foreign customers are concerned, there has been a decline in the numbers. But many locals have been coming for the treatments. Some clinics chose to offer a discount to locals.

A local told Joongang Daily that, ‘Every plastic surgery clinic I visited was packed’. A person from one of the clinics said, ‘Despite corona-virus, the number of patients is increasing as they are starting to feel safe’.

The figure for online inquiries from foreign patients has risen drastically. Since you can get arranged in advance for a trip once traveling restrictions will be lifted.

Japan’s Association of Aesthetic Medicine asked people to stay away from non-essential treatments. And stay at home to prevent further spread of the virus.

People who had surgery during the outbreak said it was the perfect timing as it allowed them more time to heal. They were able to take medication as they probably would not have been able to take if they were driving and had to do icing on their operated parts.