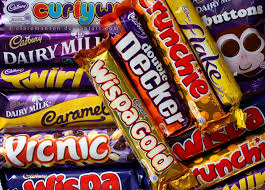 According to the owner Mondelez, by 2021, Cadbury is going to shrink the pack sizes to reduce calories count.

Cadbury treats including Crunchie, Wispa and Twirl contain up to 200 calories when sold in a pack of four.

Thus, the decision for “shrinkflation” was taken considering the health concerns of the masses.

The Change in Pack Size

However, it has been reported that the prices of Cadbury treats will remain same. Also, the size of the individual bars won’t change according to the company’s officials.

Fans of the chocolate company took Twitter to voice their concerns, anger and disappointment.

They labeled it as “shrinkflation” where food companies reduce weight of the product without decreasing the prices.

The UK managing Director at Mondelez International, Louise Stigant said, “We must play our part in tackling obesity and are committed to doing so without compromising on consumer choice”.

Upon questioning about the unchanged single bar size, he said that Cadbury wants to offer consumers different portion sizes for every occasion.

What to Expect From “Shrinkflation”?

The spokesperson at Cadbury confirmed the prices of multi-packs to remain unchanged. The later will be all up to the retails.

Cadbury lovers Twitted suggesting Cadbury to change the names of its Double Decker to Minibar, as per the change in size.

Back in 2016, the company reduced the weight of its Toblerone bar from 200 gms to 150 gms. All was done by increasing the space between its iconic triangular chunks. But two years later, the organization was forced to reverse the change.

Food and drink supply chain expert at Gordon, Mark Jones said the change was a sign of good times.

ONS (Office for National Statistics) confirmed shrinkage in size of 2,529 products from 2012 to 2017, mostly belonged to food and drinks.

Cadbury new strategy hasn’t been welcomed by its consumers. Is it another trick to earn larger profits? Or does the company really worry for the health of its consumers?

According to company’s officials, the motive is to only decrease obesity causing serious health problems around the world.

But then, why not decrease the prices as well?

For all Cadbury treat fans, 2021 will be an year full of surprises for sure!