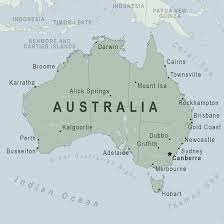 The world has turned ugly with monsters on the loose. Not just the third-world countries, but the “rape culture” is becoming much more common in developed nations as well.

People are left wondering are they really safe? Are their kids safe?

A sad incident that took place in Australia has left the world shocked and speechless.

Rape on the Beach

On July 1st, a five year boy was allegedly raped by three children in Napranum, a remote town in Queensland.

According to police, the alleged rapists are said to be of age 10 to 13 years.

Queensland Police Commissioner, Katrina Carroll stated the incident to be “absolute tragedy” and the culprits will be dealt accordingly.

Commissioner Carroll also added, “Sadly, yes, we did investigate that. It’s being dealt with, we’re working with the community. It shouldn’t happen and it’s tragic”.

The Remote Town of Napranum

Napranum is home to approximately 1,000 people belonging to the Aboriginal and Torres Strait Islander community.

It lies about 800 kilometers from the nearest major city, Cairns.

According to ABC, the community of Napranum has always stayed low. Although their economic situation has improved, but most still remain at a disadvantage. The Australian government has been held accountable over and time again to not pay attention to the forgotten community.

Back in year 2006, a 10 year old girl was raped by three men and six boys. The incident took place in Aurukun, a place 190 kilometers away from Napranum.

In the same year, the rapists bailed out without any prison time. The judge back than said that the girl might have agreed to the act, thus no one was charged guilty. This led to outrage among the mass but no outcome was achieved.

The raping of a minor at the hands of minors is thoroughly disturbing. It has raised many questions as to where the world is going.

Australians have come forward to show solidarity with the victim family and demanding justice.

Because the rapists are minors, they’ll be trailed under the law that deals with minors and teens.

Although Napranum is a town with minimum population, but the incident is surely saddening.

The involvement of minors in such a heinous act has outraged the nation, questioning government’s policy of education and safety of their children.