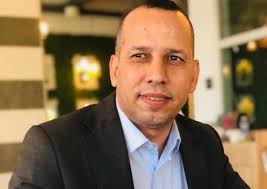 Various journalists and researchers over the years have been murder over their work commitment.

A similar case came into spotlight when Hisham Al-Hashimi, an expert on jihadi groups in Middle East was shot dead in Baghdad.

Al-Hashimi was a researcher who worked on jihadi groups including ISIS and more. On Monday, the 47 year old expert was shot multiple times outside of his home.

He was soon rushed to Ibn Al-Nafees hospital but died at arrival. Al-Hashimi was an analyst who frequently appeared on Iraqi TV channels to shares his ideas and thoughts.

According to Major General Saad Maan, unknown men shot him while he was leaving his house. He later died at the hospital due to excessive bleeding.

The 47 years old analysts had also severed as an advisor to few Iraqi governments previously. He was known to raise his voice against ISIS, Shiite extremist groups and share his political thoughts with the world.

The motive behind his murder is still unknown!

According to resources, Al-Hashimi was open about his ideas on various social media platforms. He used the power of social media to discuss Iraq’s current political situation, corruption and war against terrorism.

News that Shock the Middle East

The researchers murder news has shock many around the world, especially those in the Middle East.

Martin Huth, EU’s Ambassador to Iraq tweeted, “Together with his family and friends, we mourn the death of Dr Husham Al-Hashimi. The perpetrators of this heinous crime must be brought to justice!”

It is being reported that minutes before his death, Al-Hashimi had shared his thoughts on sectarian and ethnic division in Iraqi politics. That was the last tweet by him that the world will ever come across!

UK’s Ambassador to Iraq, Stephen Hickey took twitter to share his grief and extend condolences to the deceased family. He said, “Devastated and deeply saddened by the news of the killing of Husham Al Hashimi. Iraq has lost one of its very best- a thoughtful and brave man. These attacks cannot continue. The government — supported by the international community — must hold the perpetrators to account.”

Al-Hashimi was a man of virtue and dedicated to his work. He was a well-known face in Iraq and Middle East whose ideas on politics were always respected.

Iraqi government has promised to conduct through investigation of the murder. And the police promises to put the criminals behind the bars. May Al-Hashimi’s soul rest in oeace!

8 thoughts on “Expert on Jihadi Groups Shot Dead in Baghdad”