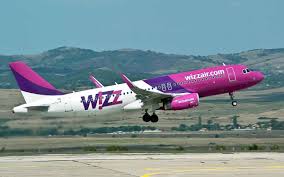 If the travelers fail to add a middle initial on the passenger locator form (PLF) for Greece, Wizz Air has notified that they will be refused to board.

In July, as Greece opened its borders to vacationers, potential visitors must conclude the form in advance of the journey. At midnight on the day of departure, they are then mailed a confirmation email which they must show at the airport and on arrival.

But because of defects in their applications, several passengers verifying in for departures have been turned away. On Thursday 6 August, Wizz Air unloaded 28 passengers, about one in six, from a Luton-Athens flight because of what the airline declares was a failure to obey.

Harry Young and his partner were amongst them and to make it to their friends in Greece, ended up paying over £600. ‘We had filled out our Greek PLF forms correctly and for the correct date a few days before,’ he told ‘The Independent’.

He added, ‘I did not enter my middle name and nor did my partner because the middle name was non-compulsory on this application We were halted due to not having a middle name on our PLF forms. We were sent to an administrator and director who were not helpful at all.’

Mr. Young and his partner paid £100 on a taxi to Heathrow and over £500 on one-way air travel on British Airways to Athens. The air company claims the couple is in the wrong.

A speaker stated, ‘Wizz Air verifies that 28 passengers who were due to fly from London Luton to Athens were unloaded from the W9 4467 flight. It was as a result of having no Passenger Locator Form (PLF), blunders on their form, or inadequate detail on their form, such as lacking middle names.’

Travelers who were turned away from an Athens-bound flight for alleged defects on the Greek ‘passenger locator form’ (PLF), have been apologized by the Wizz Air.

Twenty-eight passengers were left from the airline’s flight W9 4467 from Luton to Athens. Many were refused to board by ground staff.

But the guidelines for the application, which was initiated by Greece when it resurrected restrictions for the summer, made it clear that the middle initial is voluntary.

Under European air passengers’ rights rules, airlines require not to pay compensation or propose refunds if they represent themselves with deficient travel credentials.

Primarily, a representative for Wizz Air told The Independent, ‘Passengers who do not carry out the form or do so improperly will be refused transport and are not eligible to compensation.’

The carrier said that lacking middle names would lead to offloading. But the Budapest-based airline has now proven that passengers going to Greece are not compelled to include a middle name on their passenger locator form.